EDUCATION AND TRAININGI credit Denise Kavanagh with being my weaving mentor.  It was at her legacy, the Fine Line Creative Arts Center in St. Charles, IL, that I studied weaving and received exposure to many avenues of expressing woven art.  My education in weaving and dyeing has not been formal, but  I have learned from many experts in the field.  A special thank you to Alice Schlein and Bhakti Ziek for writing The Woven Pixel: Designing for Jacquard and Dobby Looms Using Photoshop; using their technique has transformed how I approach weave design. 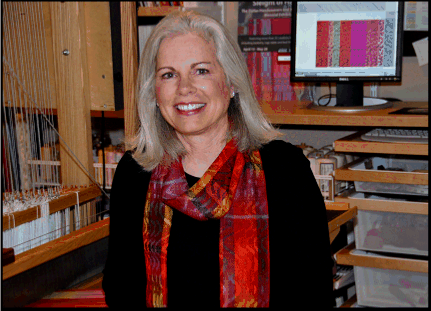